Bright is a B2B marketing agency working with
technology and IT service companies. As its name suggests, Bright is a company that does not rely on tried and tested methods. It believes in pushing boundaries, looking for ways to do things better and with greater agility. Something that is clearly reflected in the Minimal Viable Marketing™ methodology that its founder, Zoe Merchant, has developed to use with clients.

Initially the agency had taken this approach to its operating model, using contractors because of the agility, responsiveness and skills they bring to deliver client work. The agency could flex and stretch in accordance to resource requirements at any given time.

However, this approach was proving costly. Furthermore, they had begun to sign bigger contracts which would require a more  permanent team to provide the continuity of service that would be expected by these large clients.

After consulting with VeryHR, Zoe decided it would be most effective to convert existing contractors to an employee status. As Bright had a relationship with them already, they were well acquainted with the company, its values and methods. As well as to recruit new permanent hires to support continued growth and expansion.

After settling on this approach, VeryHR used their expertise to provide valuable support and guidance to Bright in its discussions with contractors about becoming permanent employees whilst at the same time advising on how to establish a recruitment process by providing an interview framework for new hires. This helped Bright turn what could have been a tricky and unsettling time for the company into something positive.

VeryHR helped Bright put the fundamentals in place. They implemented a standard company set up, which involved creating employment contracts and an employee handbook as well as introducing a travel and expenses policy. They also revised recruitment and the ‘Be Brighter’ performance review processes.

In summary, VeryHR helped the agency create a structure that would foster consistency as it grew whilst making sure its people and their wellbeing were kept very much at the centre of their business and culture.

VeryHR agreed to offer its services in a flexible way, Bright brought a block of hours each month which it could use at any time. This meant that they could pick up the phone to ask questions or request support as and when they needed.

Bright Innovation now have a team of over 12 employees who are
committed to taking the company to the next level of growth. VeryHR are still involved from time to time, providing support and coaching.

VeryHR is delighted to work with Bright because of the level of trust and the sense of partnership that has been fostered between the two companies.

VeryHR is aligned with Bright when it comes to values and what Julie and her team believe in. This was at the core of my decision to choose VeryHR to help me build my business and ensure HR compliance and best practice. They more than lived up to my expectations.

At VeryHR, we offer pragmatic, people-focused services that enable you to drive your teams to get the best results possible.

We do this by working with you to strike a balance between global consistency and local individuality.

Want to meet us? 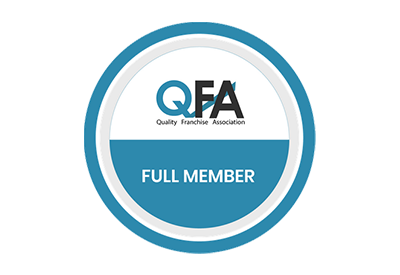 Our expert guides are a must - COMING SOON!

Inspirational #HR firm with a #transformational #approach that #elevates businesses through the #power of HR. Championing #corporatehealing

It’s important to be compliant, both at home and abroad, and with VeryHR’s experienced HR consultants on board, you can rest easy knowing that your business is in safe – and up-to-date – hands.

Is your HR strategy working to its full potential?
With help from VeryHR, you’ll drive your growth and productivity
By working in partnership with an external HR consultancy, you’ll discover that HR is so much more than just compliance.
http://www.veryhr.co.uk
#veryhr

In need of support in these challenging times?
Find peace of mind with VeryHR
It’s a tough time for many businesses at present and difficult decisions do need to be made. But don’t panic, you’ll get the support you need from the team at VeryHR.

Maintaining strength right from the roots!
VeryHR can help you thrive
With a people-focused and pragmatic approach to human resources, VeryHR understands what’s needed to build the best teams and implement strong leadership from the off.